I’ve hesitated before posting this response to MadSyd, called, by one prominent journalist ‘Hillsong for foodies.’Funny metaphor, but it was a lot more than that.

At it’s best it was thought-provoking, at it’s worst, demeaning and, as I tweeted, banal. So many of the tweets from the house used words like ‘passionate’ and ‘inspiring’

I will attempt to not use them. One of the tweeted statements gives the flavour: “Tomorrow’s meal has to get rid of the divide between the rich and the poor.” Profound. There was a much like this. But in the light of David Chang’s exhortation to ‘call out the bullshit’ that’s what I intend to do.

The theme, which was often lost, was Tomorrow’s Meal. And a galaxy of chefs had been assembled by the Mad organisers Rene Redzepi,

the mastermind behind Mad; David Chang of Momofuku; Kylie Kwong of Billy Kwong; Massimo Bottura of the Osteria Francescana in Modena; with cameo appearances from Neil Perry, Rockpool et al; and Clayton Donovan, a chef without a restaurant at the moment.

After a too brief appearance by Clayton Donovan (he later told me he was supposed to have been joined Jock Zonfrillo of Orana in Adelaide), the first extended discussion was between Chang and Redzedi, chaired by Australian Gourmet Traveller’s Pat Nourse.

So I’ll throw the blame for what was little more than an idle chat – but for one throwaway remark – between the two celebrity chefs at Mr Nourse who had, quite obviously, prepared nothing. And the nothing discussion reflected that.

Except that, at the very end, Chang, who up until then had looked like he’d rather be at the dentist said something that, although not defensible (or even sensible) electrified the room, and came back later. Deliciousness, he said, would be impacted upon by sustainability. 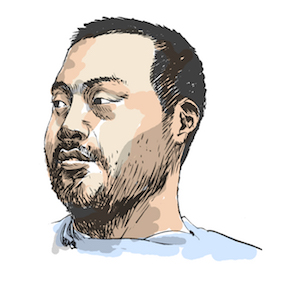 But overall, it was a piss weak performance. My heart sank. Was that going to be what the afternoon would be like? Thankfully, no.

Next up a wonderfully assured Kylie Kwong, who wove a tale of her Chinese ancestry, cooking, her conversion to the incorporation of native produce into her cuisine. She introduced us to the remarkable Gayle Quarmby, one half, with her husband Mike, of Outback Pride, whose fresh produce is being used in restaurants around the country.

Tomorrow’s Meal? Well, I guess the incorporation of the ancient foods of Australia into the ancient but modernised cuisine of China is a glimpse into a possible future.

Kylie and Gayle were followed by a remarkable young woman, Chido Govera, from Zimbabwe. Orphaned at 10, offered for marriage at 12, she went on to become a mushroom farmer and start a support program for orphans like herself, using mushroom farming. This is a potted version of a story that was – can’t avoid it – inspiring and heart warming..

Tomorrow’s Meal? Food being used to not only alleviate immediate hunger but provide a way out of poverty and enslavement. A variation on give a hungry person a fishing line, only with mushrooms. An important and relevant sidelight of Chido’s story is that the mushrooms are grown using waste.

Continuing down the serious path, was social researcher and author Rebecca Huntley (and thanks for the ticket Rebecca) whose talk touched on the loneliness of aged care homes, and the importance of government policy in putting the future of food at the centre of policy making. Excellent idea, but what hope? For years I and others have fought to keep Sydney farms from falling to real estate development. And every year, governments of all stripes mouth platitudes about the value of Sydney agricultural land and roll out more concrete, more asphalt and more McMansions.

I guess one of the problems of these foodfests for me in particular is that I have been around for so long and have heard these arguments trotted out by ‘passionate’ people so often… and nothing changes. Am I an old cynic or an old realist?

Actually that nothing changes is not quite true. The attitude to native foods looks like it is changing, at last. Or as opposed to an old cynic, am I an old naïf?

I confess to knowing nothing of Massimo Bottura, and if that damns me in the eyes of serious foodies, stiff shit. But I did like what I saw. Bottura is, as you know and I didn’t, Italy’s molecular gastronomer for which he was reviled on television to the point where he couldn’t walk his dog. Whether as an act of retribution or charity, he set up the Refettorio Ambrosiano, which is, as explained on line:

‘Back in 2014 chef Massimo Bottura of Osteria Francescana, Modena had the idea to contribute to Milan’s Universal Exposition (Expo 2015) with a project that addressed the dual issue of food wastage and hunger in our cities. His concept was to re-interpret the iconic church refectory, where monks once gathered for their meals, and turn it into a dining hall for the city’s neediest but cooking with ingredients from the edible waste generated by Expo.’

This site gives much background: osteriafrancescana.it/food-for-soul.pdf

Bottura also set up a foundation, Food for Soul (foodforsoul.it), a non-profit organization to promote social awareness about food wastage and hunger through a range of projects in collaboration with chefs, artisans, food suppliers, artists, designers and institutions. The more I learn about this chef and his work the more I am ashamed that he passed me by for so long. My excuse only that for that is for 5 years I have been buried in my thesis then my latest book.

Bottura was a mixture of extravagant self-promotion, brilliant creativity for the good of mankind and an exceptional intellect. Having saved an entire spoiled batch of parmesan with a single recipe he asked ‘can a recipe be a social gesture?’ Of course it can. Another of his dicta is ‘cooking is a call to act’ which he uses to gather volunteers for his Refettorio project.

Bottura borrowed the title of a book by Ludwig Wittgenstein Ethics and Aesthetics which argues (I haven’t read it this is a crib)  that only through aesthetics and art can what is truly important in human life be shown. This strikes me as both thought provoking and essentially Italian, the land of the bella figura where aesthetics are so very important.

If only Wittgenstein was Italian. 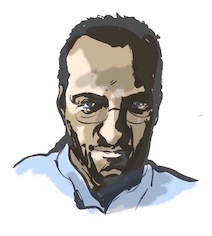 Tomorrow’s meal? In his war on waste alone and his Refettorio Ambrosiano which created a space which feeds the body and enriches the soul, both by the aesthetics of the site and the generosity of the offering is, even for this old cynic, a wonderful example of what tomorrow’s meal may be like, in a society not divided by 1 per cent filthy rich and 99 per cent struggling.

As you can see I was impressed by Signor Bottura. And also, at the panel discussion at the end by the moderation of Jenny Brockie who had studied the topic and had prepared and thus lead a dialogue which touched on the topics of the day and rounded it off superbly. A real journalist.

Bottura’s “We need more chefs who know about soil and more farmers who know about food” was one important statement from this segment as were the discussions about education, the value of cooking and finally, back to sustainability will be the death of deliciousness. When asked to expand on this, the best Chang could do was offer another little dictum along the lines of hydroponics makes great marijuana but bad food, and talk about the lack of good soil for farming.

I’m posting this some weeks after attending MadSyd. Trying to make sense of the hodge podge of brilliance, mediocrity, courage, silliness, insight and wishful thinking.

And I find I have to look for the meaning of Tomorrow’s Meal through the prism of that elusive, perhaps even mythical bunyip, Australian cuisine.

After all, it was founder René Redzepi’s musing on what was lacking in that cuisine in 2010, and he was specifically talking about native ingredients – ‘…it’s a poor culture if it doesn’t have a true, unique expression that can only be represented right there at the place’ – that led him to return and to open his pop-up Noma and to end his sojourn with MadSyd.

And it was David Chang who said, during that last panel, that Australia could and should be, because of its immigration, one of the greatest food cultures in the world. He also said, and I’m paraphrasing here, if he was an Australian chef, in a country where there was no immediately recognisable cuisine – no distinctly Australian dishes – he would miss having something to rebel against, to play with.

This reminds me of a chef whose food I ate in Spain, one of the disciples of Ferran Adrià, Jose Antonio Campoviejo. The dishes he de-constructs, overturns and has fun with are all dishes he learnt to cook in his mother’s Meal, dishes from the repertoire of Spanish cuisine. When asked why he cooks the way he does, he told me “my mother is such a good cook, I couldn’t possibly compete with her.”

Australian chefs don’t so much play with their mother’s dishes as the dishes of those who came here from afar.

So, we ask, what will this food of Australia be tomorrow when we finally learn to add the food native to the land to the rest of what we use?

In Imaginary Homelands Salman Rushdie writes of his book, Satanic Verses that it:

It is a love-song to our mongrel selves…Perhaps we are all, black, brown and white, leaking into one another, as a character of mine once said, like flavours when you cook [my emphasis].

This is a fine definition of what the best Australian chefs are doing. Australian food is, as Rushdie writes of his book, ‘a love-song to our mongrel selves’: flavours, ingredients and origins leaking into one another.

Looked at in that way, the best exponent of tomorrow’s meal at MadSyd, in Australia at least, was Kylie Kwong. 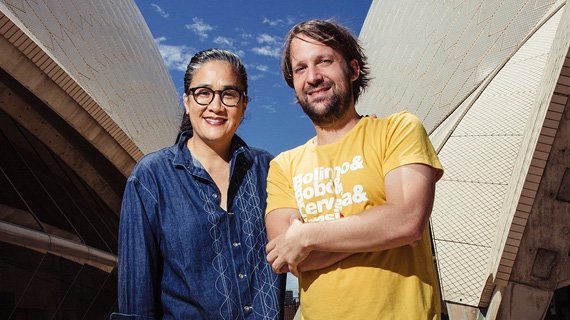 Tragedy and Comedy with a dash of cocoa

Perfecting the art of work-life balance through travel, retail therapy, and blogging.

MICHAEL SYMONS makes a diner's sense of the world

Wonder Of My Worlds

The Cookbook of Unknown Ladies

The Good, the Bad and the Italian